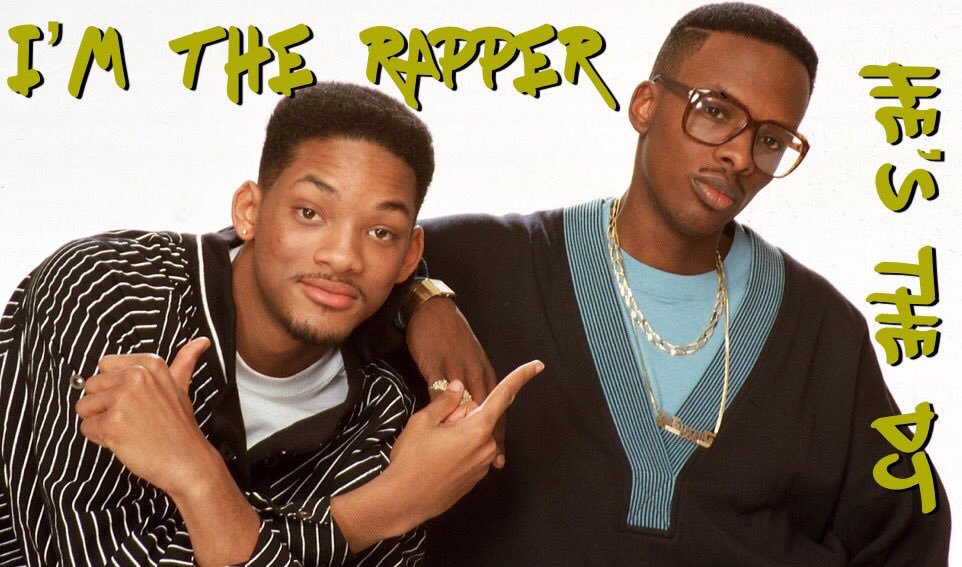 Two decades ago, the Hip Hop world was turned on its ear when the West Philadelphia tandem of DJ Jazzy Jeff and The Fresh Prince and beat-boxing Ready Roc C gave us the respectable double vinyl album, He’s the DJ, I’m the Rapper. The Philly natives were a lot different from the political, gangsta and cocky Hip Hop artists who made way in the eighties. The Fresh Prince provided humorous storytelling that had a youthful charm that rap fans respected. And Jazzy Jeff showcased his incredible scratching and mixing ability as a DJ and producer while Ready Roc C served as the beat-boxing machine. Deemed as the “Cosby Kids” of rap, the group brought a different spin that was fun and carefree.

The most popular track on the album “Parents Just Don’t Understand,” broke down barriers and created a bridge for rappers to cross over into the mainstream. The video for the single was impressively colorful and undeniably fun as The Fresh Prince’s simplistic rhyme scheme created perfect visuals for a video that mirrored nearly every lyric. With rap being labeled as just a fad, the song came at a perfect time in which it summed up the mind state of kids across the country that were fed up with parental dominance. The song created a lifelong anthem for frustrated children for generations and caught on so well it earned the crew a Grammy award; a feat accomplished by no other rapper at that time.

Keeping with title theme, the album thrived because of the group’s ability to compliment one another. Not to be outdone by Prince’s comical rhymes, Jazzy Jeff delivered the goods with an impressive display of skills behind the wheels of steel. The DJ was more than willing to keep his material fresh in order give listener’s quality music. The track “Brand New Funk” was the perfect example of their desire to take music to a higher level. As one of the dopest tracks on the album, it contained clips of James Brown’s voice and put the music industry on notice that Jeff was not just a sidekick.

There were other tracks on the album that were distinctive. The Fresh Prince proved he could hold his own on the microphone as a battle rapper as he slayed multiple emcees on “My Buddy.”  With Ready Roc adding his phenomenal beat-boxing ability, the track showed a more brash side to the Philly trio. “Here We Go Again” was a laidback song that had a jazz and melodic feel to it that was slick and displayed the versatility of the Philly natives. However, some of the tracks did not mesh well with the overall feel of the album. Although “Nightmare On My Street” was one of the lead singles, the song was a long drawn out tale that was childish and immature in comparison to other works on the album. And “Charlie Mack (1st FromThe Limo) was a feeble attempt to show a tougher side and failed to resonate with its lighthearted lyrics and weak production that made it cancel itself out.

Ultimately, this album was filled with likable lyrics and several songs proving it had something for everyone. The album merged pop, Hip Hop, and jazz and took part in getting mainstream America to take heed to Hip Hop being more than just scratching and rhyming. The trio could have suffered a sophomore slump after their first effort but DJ Jazzy Jeff and The Fresh Prince stepped their game up and gave us an album that stood the test of time.

Boogie Down Productions (BDP) – By Any Means Necessary Jive/RCA, 1988